The City’s Transportation Action Plan establishes an All Ages and Abilities (AAA) Bicycle Network to make bicycling a real possibility for more people.

3.4A Bikeways Introduction and general guidance

The City’s Transportation Action Plan establishes an All Ages and Abilities (AAA) Bicycle Network to make bicycling a real possibility for more people. The goal for the All Ages and Abilities Network is for people on bikes to only share space with cars on quiet low-speed streets or on neighborhood greenways. This network will include protected lanes and trails that are physically separated from moving cars, trucks and buses, will feature improved intersection crossings, and be accessible year-round.

The All Ages and Abilities Network will include three primary bikeway types:

Trails/Shared Use Paths: non-motorized paths for pedestrians and bicyclists, typically more separated from the street than protected bike lanes, and are typically located near rivers, lakes, parkways, and railroad corridors.

Neighborhood greenways: routes that enhance local, low volume streets and give priority to people walking, biking, and rolling. This will include removing or significantly limiting motor vehicles along sections of the street.

There is an additional type of bikeway highlighted on the All Ages and Abilities Network called connector bikeways. Connector bikeways are standard or advisory bike lanes without physical separation from motor vehicles that may or may not meet the definition of an All Ages and Abilities bikeway depending on the context of the street (including volume, width and speeds).

To implement a AAA bicycle network by 2030 and meaningfully expand bicycling as an option for more people, non-AAA bicycle facilities should generally only be installed during street retrofit projects such as mill and overlays or spot improvement projects. Please reference Figure 3.4A.1 when considering when and what bicycle facilities to implement with street retrofit and reconstruction projects: 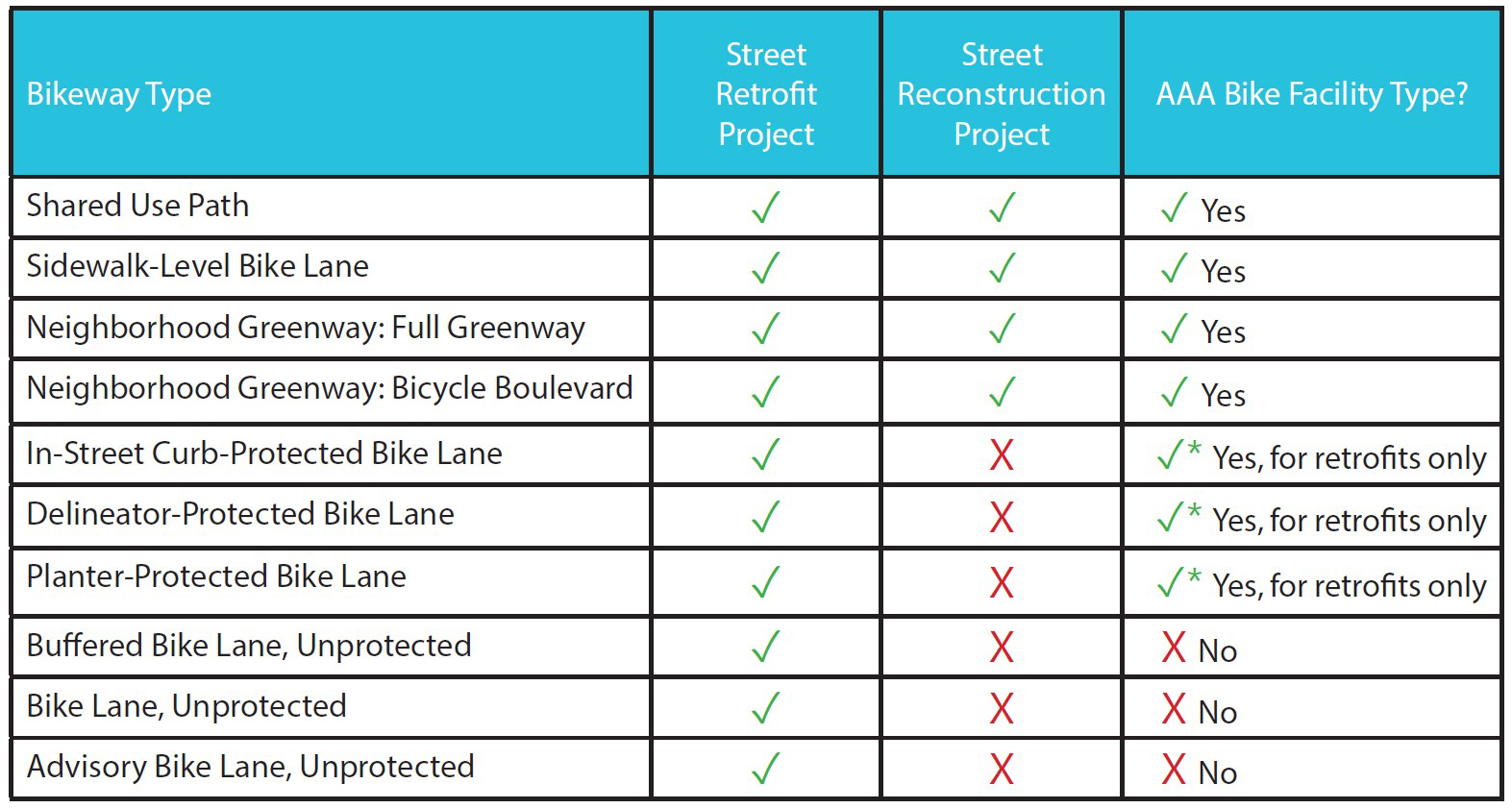 The bicycle facility design recommendations included in this design guide are informed and supplemented by the following plans and design manuals. Please reference these guides for additional details specific to bikeway facility design standards, implementation considerations, and best practices: